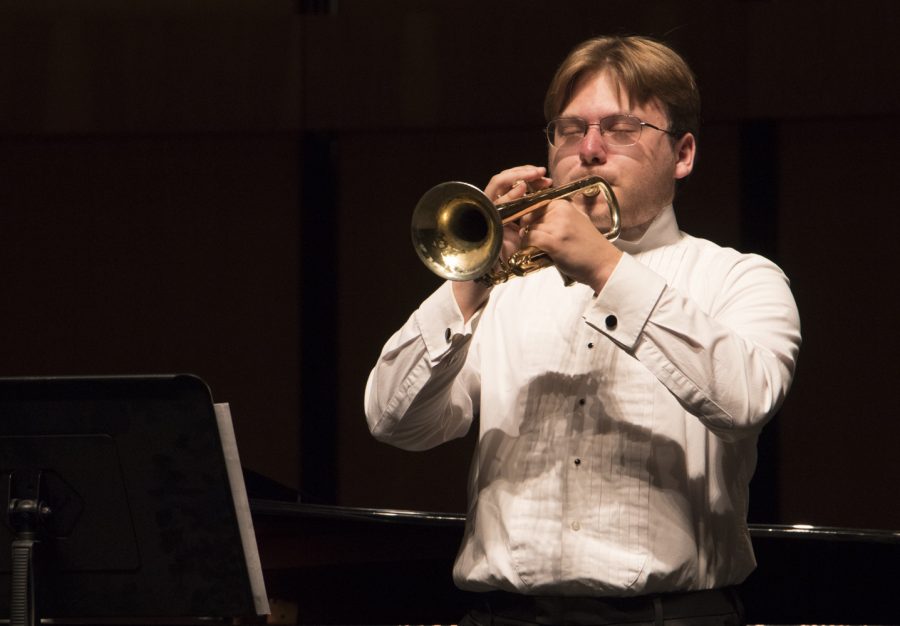 A suite of Moorpark College music majors will take to the stage this week for the inaugural Evening Recital concert series. The recital will feature 52 solo performances split evenly over the course of two nights and is intended to be an opportunity for performing arts students to both showcase their skills and bolster their portfolios. Performances will range from solo instrumental performances to solo vocal performances with a piano accompaniment.

According to Director of Choral and Vocal Activities Brandon Elliott, music majors at Moorpark College are required to study their own voice or their instrument of choice for four consecutive semesters, and the Evening Recital is designed as an opportunity for these students to practice both technique and performance.

Elliott further elaborated that music majors looking to transfer to a CSU music program must both submit video portfolios alongside their application and audition. Giving Moorpark College’s FTMA program the opportunity to film both nights of the Evening Recital for performers to utilize later.