Operation revive: An inside game review of Modern Warfare 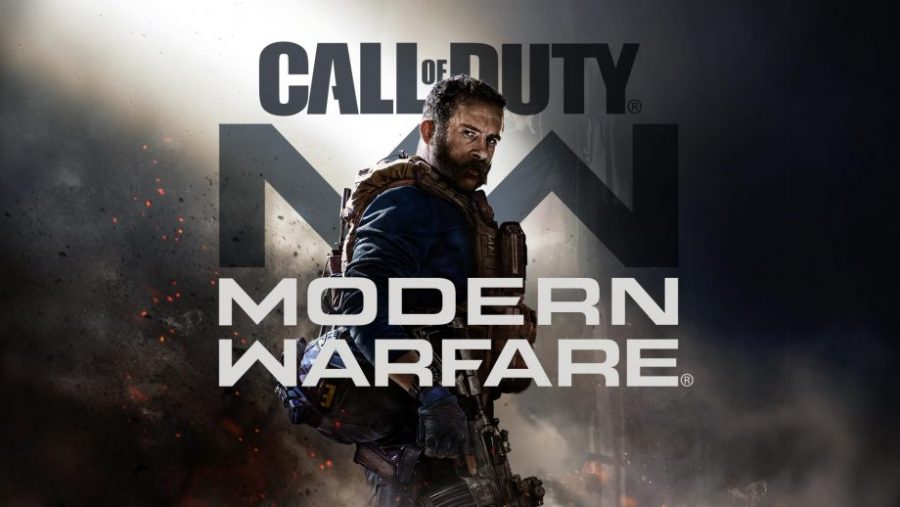 "Call of Duty: Modern Warfare" is the newest addition to the Call of Duty franchise. Photo provided by Activision.

By Dominic D'Amico and Ryan Bough

Remakes and re-imaginings are the new hot thing. Iconic comic book series are re-imagined into films, old television successes are rebooted with new actors and old video games are given new life through modern technology. With all the success similar efforts have achieved, it’s no surprise video game developer Infinity Ward and video game publisher Activision have created and released a re-imagining of their Modern Warfare series of Call of Duty games. “Call of Duty: Modern Warfare” is a well-crafted and entertaining experience burdened by a few glaring flaws that keep it from its full potential.

The campaign is a solid eight hour experience filled with some of the most memorable Call of Duty missions to date, only slightly marred by a couple disappointing ones. The new Co-op modes are an odd new addition that can prove fun with friends, but mostly prove incredibly frustrating, especially playing solo or with an uncoordinated team. On the other hand, online gameplay options like Gunfight, Cyber Attack, and Ground War offer fresh, new options alongside the more traditional offerings like Team Deathmatch, Domination and Search and Destroy.

As with Infinity Ward’s other entries in the Call of Duty series, gameplay is tight, responsive and generally just feels good. Modern Warfare differs from previous entries in that gameplay feels slower and more tactically paced than in prior entries. New options to mount guns on objects and lean around corners allows for players to take more careful approaches that weren’t previously possible.

These new options stack with the slower pace to change the overall feel of the game, especially in certain campaign missions, as well as online game modes like Search and Destroy, “Call of Duty: Modern Warfare.” This can be frustrating for those looking to charge through certain missions like an action hero, but satisfying for those who prefer the slower pace. The final campaign mission in particular took quite a while to finish as certain sections demanded careful, considered approaches in order to survive.

The “Call of Duty: Modern Warfare” campaign aims to be a gritty, realistic action experience and succeeds for the most part. For the majority of the campaign, it feels as though there are real stakes to players actions. If players aren’t careful, innocent people can get caught in the crossfire between players and enemies. Squad members feel vulnerable, few missions end without any casualties on the player’s side. Certain missions and moments see terrible, horrible atrocities committed against innocent people and sometimes even the player.

This emotional weight builds an investment in the story, it leads players to actually worry about what might happen, about whether or not players will actually be able to prevent more horrific events. Towards the final few missions, however, Modern Warfare’s campaign shifts towards a more traditional action experience. Stakes seem smaller and certain moments meant to resonate emotionally instead feel unearned and contrived. Overall, Modern Warfare’s campaign holds up alongside some of the best Call of Duty has ever offered.

In terms of multiplayer, Modern Warfare offers the traditional Call of Duty game modes alongside several new additions like the new 2v2 mode, Gunfight. In Gunfight, two teams of two are given the same random gear and dropped on a small map with no extra lives. The last team standing wins the round, then equipment is re-shuffled and the teams start the next round. The first team to win six rounds wins the match. Gunfight is a thrilling experience, especially when playing with friends, since the small number of players means that the littlest mistakes can cost a round, while the tightest teamwork can carry one.

The maps for all of these modes are pretty good, most allow for different approaches to movement and combat. Unfortunately, a few maps fall flat, allowing certain styles of play to dominate to the point where other approaches just don’t work.

Perhaps the biggest change to come with “Call of Duty: Modern Warfare” is the addition of cross-platform play. Playing with individuals on other consoles felt no different from playing with people on the same consoles. In-game chat works perfectly well for communicating with party members via voice chat or text chat. Also helpful is a new option where players are able to set auto-mute for any non-party members, which helps to keep voice chat solely between party members.

Alongside the campaign and multiplayer modes is Modern Warfare’s co-op mode. In this mode, up to four players work together to take on two different types of tough challenges. The first type, named Special Operations, puts players into a massive map where they must progress through a series of varied objectives to win the round. In terms of levels, Special Operations features four different story-based scenarios that all have unique stories but similar tasks. From sneaking through an airport and onto a hijacked 747 in “Operation: Crosswind,” to going behind enemy lines to extract a high value target in “Operation: Paladin” there are numerous ways to complete each operation. Before jumping into operations, players can choose one of six roles to play, each of which have their ownactive ability as well as a unique passive ability.

These roles offer players an interesting way to play these operations, since neglecting certain roles can make the mission much more difficult to complete. Roles like Medic allow players to use their active ability to revive all downed teammates immediately, while the Medic’s passive ability allows players to revive teammates much faster, both of which prove helpful when under heavy fire.

However, while Infinity Ward intends to add more, there is currently only one mission as of this time of writing, and it proves to be difficult for players. Much like the Operations, these are designed to be taken on by a full team of players working together, which means that anyone looking to play solo won’t get far trying to complete this portion of the game.

Despite its shortcomings, “Call of Duty: Modern Warfare” is a ultimately a great choice for those looking for an excuse to jump back into the Call of Duty series, or just for a fun game in general. The campaign and multiplayer modes are both quite good. Even the co-op mode is interesting enough to play through with friends, although the extreme difficulty will definitely deter some.

This game was reviewed by Ryan Bough and Dominic D’Amico, playing on a Playstation 4 and an Xbox One S, respectively. Game codes for this review were provided by Activision.