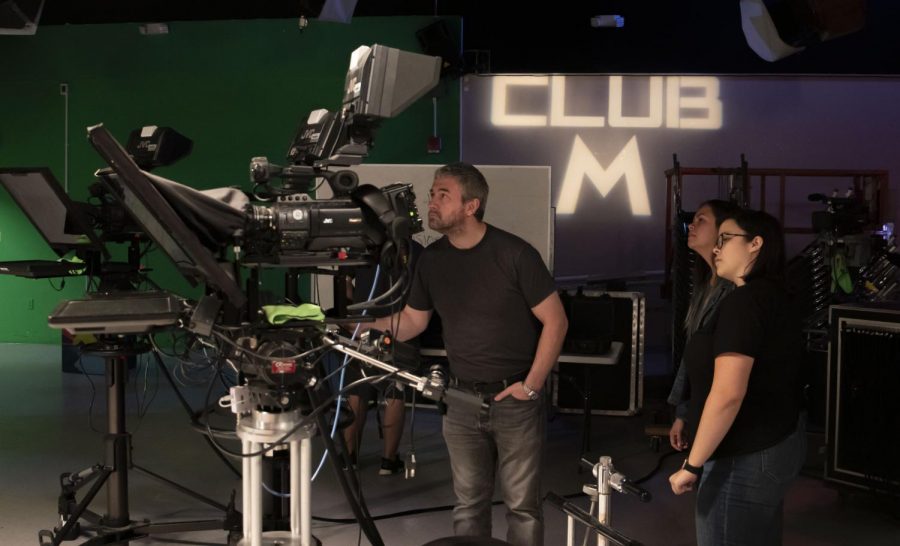 A night of music and humor await at Club M, a biannual event hosted by Moorpark College’s Theater, Music and FTVM programs. The festivities will take place on Tuesday Nov. 26, kicking off with a concert by The M40’s, a band of Moorpark College students.

Following the music performance, actors from the theater program will come on stage to perform improv comedy. The event will also be filmed by students from the FTVM department.

Moorpark College senior, Savanna Cory is one of Club M’s producers. This year’s Club M event will be Cory’s first time as a producer, but her fourth working on the show overall. When asked why students should come see the show, Cory stated that Club M is a great opportunity for students to see how live shows are filmed. “Otherwise, it’s just a great time to hang out and if you need a laugh, it’s a great time to laugh,” Cory added.

Moreover, leading up to the main event, students from professor Jason Beaton’s FTVM M45 class will set up in front of the Communications building and broadcast live on KMCJ, the campus radio station. Students will set up at 11 a.m. and broadcast until 8 p.m., playing music and interviewing passing students and faculty.

Club M will take place at 7:30 p.m on Tuesday Nov. 26 in the Communications building TV Studio, with a $5 cover charge for admission. Those interested in attending Club M can find more info online. Tickets are available for purchase in-person at the Moorpark College PAC or on the PAC’s webpage.