A decade in photos, a world forever changed 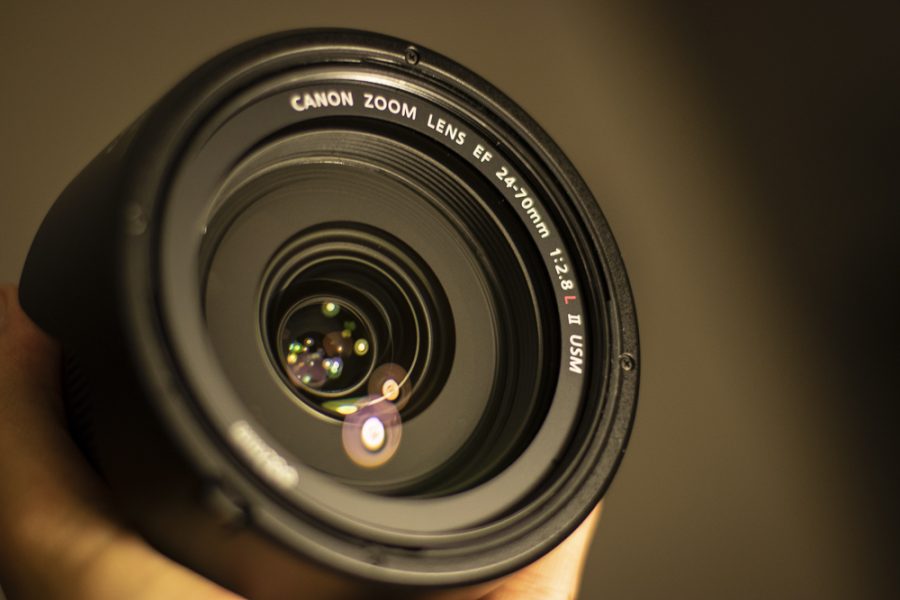 The aperture of a camera opens to allow light rays to enter to a focused point, to create a crisp image seared into digital sensor or piece of film. Photo credit: Evan Reinhardt

In a generation raised with short attention spans and a need for constant visual stimulation, photography has been a busy industry throughout the last decade. Photos portray an honest moment in time, often imprinting themselves onto the mind of those who view them. Images that evoke clear emotion and sympathy stick with viewers and can send a larger message on a personal scale.

Instead of sifting through the countless index of photos created in the 2010s, here are 10 influential images from the last decade, and the stories behind them.

This photograph was taken on May 1, 2011 during the SEAL Team Six operation to kill Osama bin Laden. Former Chief Official White House Photographer Pete Souza captured the frame inside the John F. Kennedy conference room as President Barack Obama and staff watched video feed of the operation shot from an unmanned drone.

Souza served as the White House Photographer under Ronald Reagan and Barack Obama, photographing their daily lives as the leaders of the free world. The Situation Room is an iconic photo because it records the president’s involvement in an operation that would define his legacy. President Obama’s placement at the table displays his trust in the men completing the job. Souza’s frame represented the nation as a whole, holding their breath as the infamous terrorist leader was eliminated, avenging the 2,977 lives taken on Sept. 11, 2001.

Sandy Hook Elementary and the surrounding community in Newtown, Connecticut faced unthinkable devastation in the form of a mass shooter, who killed 26 students and staff on Dec. 14, 2012. The traumatized student survivors were evacuating the school grounds when a photographer named Shannon Hicks captured their faces as their young minds attempted to process the horrible event.

America was left in a state of shock after this event, unable to grasp the trauma faced by such young individuals. The terror they felt is clearly translated, wrenching the hearts of viewers. The coverage and reaction to the shooting ignited the fight for gun control and reform across the nation.

On April 13, 2013, Americans felt the shockwave of a bomb that exploded at the finish line of the Boston Marathon. Photographer John Tlumacki caught the explosion and the aftermath surrounding the finish. He captures the image of police officers reacting to the chaos in front of a downed runner looking up at them. The background is filled with smoke and fleeing crowds that immersed viewers in the madness.

This tragedy fell in place with the increasing trend of mass murder and terror attacks plaguing the country. The danger and risk photographers take to capture these terrifying events is a testament to their need to tell the story.

Alan Kurdi was a 3-year-old Syrian child whose image made global news when his body washed up in the Mediterranean Sea, after his family attempted to flee to Europe amidst the Syrian refugee crisis. The photo of Kurdi’s body was taken by Nilüfer Demir, a Turkish journalist.

Kurdi’s corpse added a new perspective to the Western world’s view of Syrian refugees, and portrayed the innocence and desperation of the many families running for their lives. The photo still resonates with many as a reminder to see others around the world as fellow humans, who also just want a chance at a good life.

Taking a Stand in Baton Rouge

Following the death of Alton Sterling, who was killed by police officers in an altercation outside a liquor store in Baton Rouge, Louisiana, protestors formed and demanded justice for his avoidable demise.

Ieshia Evans attended a protest on July 9, 2016. Photographer Jonathan Bachman captured a frame of police approaching Evans, for Reuters. Evans was being detained by officers in riot gear while keeping a calm composure. Many compare the photo to “Tank Man,” the iconic photo of a Chinese citizen standing up to his oppressive government in Tiananmen Square in 1986. The occurrence is symbolic for many who feel frustrated with the culture and consequences of police brutality.

Kicking off his controversial career as president, Donald Trump’s inauguration was a key talking point in the evaluation of his popularity. Although disputed by Trump and his team, the inauguration paled in comparison to previous ones, such as Barack Obama’s record setting attendance inauguration in 2009.

President Trump has made several claims exaggerating the turnout, in contest with his predecessor. The famous aerial shot of the National Mall in Washington D.C. reveals the true lackluster turnout. This habit of factual dispute has followed President Trump throughout his term, and this controversy is an obvious example of this compulsiveness.

Elon Musk, along with his many other achievements, is now “the man who launched a car into space.” The mind behind SpaceX, SolarCity and the Boring Company shocked the world as they watched an astronaut fly into space in a sports car. The space suit was empty, but given the name “Starman,” before its long journey. Musk posted the last photo from the space traveller to his Instagram account on Feb. 7, 2018.

The event stood out as an exciting scientific milestone that people needed at the time, sparking hope in those with bleak outlooks on the world. The hunt for discovery and knowledge can be a necessary motivator for the youth of the planet who dream of the future.

This decade was gifted with the #MeToo movement, following many groundbreaking sexual assault allegations. Although risking their careers and relationships, many victims of sexual assault came forward to hold their abusers accountable for their actions.

One of the most influential victims was Christine Blasey Ford, who accused Supreme Court nominee Brett Kavanaugh of rampant sexual assault. This photo, taken by Win McNamee for Reuters, presents Ford swearing in on Sept. 27, 2018 before her testimony. Ford faced scrutiny during her time in the public eye, and endured hate speech and threats directed towards her. According to Ford, coming forward was terrifying, but she considered it her civic duty.

The decade included many allegations of sexual assault, from both men and women. Harvey Weinstein, Louie C.K., Matt Lauer, Bill O’Reilly and Bryan Singer have been a few of the hundreds of names accused of inappropriate behavior or sexual assault. The #MeToo movement, although vilified by some, is doing work to break down patriarchal norms within influential media industries.

Following President Trump’s “zero tolerance” policy regarding undocumented immigrants, this photo of a Honduran child and her mother circulated world wide. The two asylum seekers were stopped by U.S. Border Patrol after crossing the Rio Grande from Mexico. According to the photographer John Moore, both were put into a van and driven off. A U.S. Customs and Border Protection spokesperson later stated that the two were not separated during the procedure.

The impact of the photo lies in the young girl’s fearful appearance. Because the two adults faces are out of frame, viewers have no choice but to connect with the child and sympathize with her traumatizing experience.

First Image of a Black Hole

The human relationship with space became slightly clearer in April 2019. The Event Horizon Telescope (EHT) project, a global network of radio telescopes, captured an astounding image of a supermassive blackhole in the elliptical galaxy, M87. The EHT project was directed by Shep Doeleman, and astronomer at the Harvard-Smithsonian Center for Astrophysics.

The shot was published in six different publications, causing the internet to celebrate the scientific achievement on a viral scale.

Similar to Musk launching a car into space, this occurrence inspired viewers and encouraged the search into the unknown. Events like these reinvigorate a sense of discovery and intellectual aspiration amongst people.