Staff Picks: The best movies and television of the decade 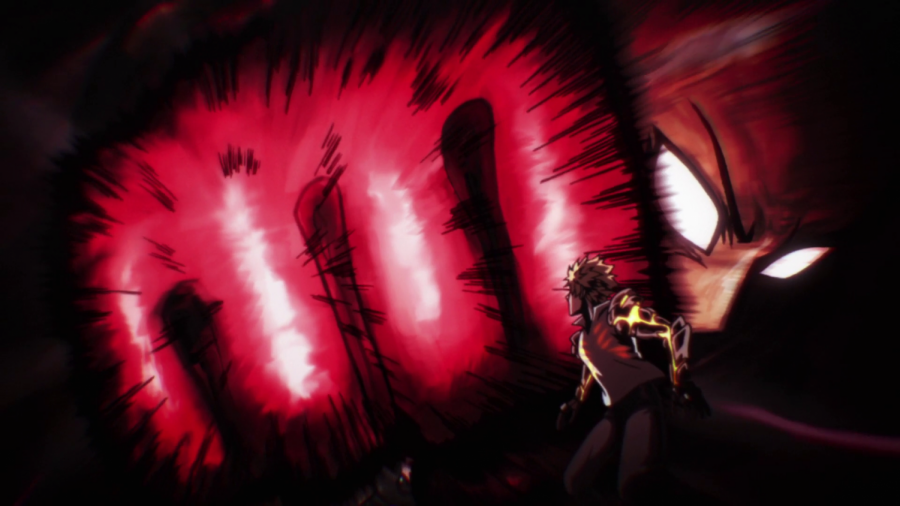 By Madina Safdari and Dominic D'Amico

The past ten years have graced us with quality film and television that have had the power to move and inspire viewers. The entertainment of the last decade guided us through cultural shifts, a boom in technology and an ever changing social landscape. Though it was difficult to decide and is no where near comprehensive, this is our list of the best movies and television of the decade.

“Get Out” follows a black photographer, Chris Washington, on a trip to meet his white girlfriend’s family, the Armitages. Eager to meet Chris and break him of his bad habits, the Armitages are revealed to have more sinister intentions at heart.

Full of symbolism and nuance that could only come from director Jordan Peele, “Get Out” redefines the psychological thriller genre. Every decision in the movie was made with intent, from the intricacies of the plot to the costumes and even the music.

“Avengers: Infinity War” is a unique and monumental film. “Infinity War” is built on the work of 18 preceding films and is designed to be the first part of a two-film capstone to a story spanning a total of 23 films (including “Infinity War” and “Avengers: Endgame”). Somehow, directors Joe and Anthony Russo managed to bring together all the ongoing characters and plot lines in the Marvel Cinematic Universe. Despite the immense nature of this task, the Russo Bros absolutely nailed it, creating satisfying character developments, setting believable stakes and delivering an emotionally stunning conclusion.

“Infinity War” revolves around the heroes of the Marvel Cinematic Universe and their efforts to stop Thanos, a villain whose goal is to gather the mystic gems that will allow him to wipe out half of the universe’s population. Thanos is a menacing, iconic, force of nature, brought to life by excellent CGI and an outstanding performance by Josh Brolin.

“Infinity War” is one of the decade’s most notable films. It’s an excellent film on its own merits, but it’s not designed for people to just drop into. “Infinity War” was created for fans who followed the last 10 years of Marvel Studios’ films that preceded it, designed to work off of the plot lines laid in these films, to further the character development that started films ago and to reward those who have stuck with Marvel for years.

Directed by South Korean filmmaker Bong Joon-ho, “Parasite” takes a bold stance on classism and conveys it in a thrilling and captivating way. The film juxtaposes the way of life for the Kims, a poor family living in semi-basements, with the wealthy Park family. As the Kims con their way into becoming employees of the Park family and leech off their wealth, it is found out that there are others who may be worse off than them.

“Parasite” is in a league of its own. There has been no film in the last decade that has evoked such intense feelings of unease than “Parasite”.

“They Shall Not Grow Old” (2018) Documentaries have seen a surge in the past decade. Shows like “Serial” and “Making a Murderer” captured the public imagination with true crime stories and investigations, while films like “Gasland” and “Blackfish” called public attention to different issues. Documentaries like these focus on modern topics, where people can still be sought out for interviews, where new footage can often be filmed and used alongside archival footage. World War I documentary “They Shall Not Grow Old” turns away from all of these trends. Instead, director and producer Peter Jackson and his team only used footage actually filmed during WWI, beautifully restoring and colorizing it. For audio, Jackson and his team used audio either from interviews with WWI veterans or lip-read from individuals in the restored footage. The end result is a close, unbelievable look at the realities of the first World War. This film is a marvelous achievement of the technology, vision and labors of Jackson’s team, as well as an incredible tribute to the efforts and sacrifices of individuals from over a century ago. Television Shows of the Decade “When They See Us” (2019)

The Netflix Original series “When They See Us” tells the true story of five young black and latino boys, otherwise known as the Central Park Five, who were wrongfully convicted of raping a white woman in Central Park. The four part series chronicles the Central Park Five’s trauma, grueling years in jail and their eventual exoneration 13 years after the incident.

The show is heartbreaking, difficult to watch at times without becoming wildly upset, but nonetheless serves as a powerful depiction of the severe faults within the criminal justice system.

Over the past decade, streaming has integrated itself into the global entertainment ecosystem in many different ways. Alongside streaming services such as Netflix, Hulu and Amazon Prime Video, services like Twitch and YouTube now allow individuals to create their own streams of live content in which people around the world can tune into. A glorious product of this technological evolution is the web-series “Critical Role,” where a self-described “bunch of nerdy-ass voice actors” play Dungeons & Dragons.

A marvelously improvised mix of adventure, comedy and drama, “Critical Role” is a weekly series, live-streamed through Twitch every Thursday. Launched in 2015 and led by Dungeon Master Matthew Mercer, “Critical Role” grew out of a D&D campaign that Mercer and fellow voice actors Travis Willingham, Marisha Ray, Sam Riegel, Laura Bailey, Liam O’Brien, Ashley Johnson and Taliesin Jaffe had initially began to play on their own time.

The first campaign witnessed the group dethrone a vampiric power couple, struggle valiantly against locked doors, fight dragons across multiple continents and unsuccessfully attempt to buy drugs. The first campaign concluded after 115 episodes and a number of one-shot stories. “Critical Role” has since started a new campaign complete with all new characters known as “The Mighty Nein.”

“Critical Role” is one of the best shows in the last decade. The improvised nature makes the most of its free-form format enabled by streaming, while the sharp wit, dynamic performances and improvised plot lines created by Mercer and the rest of the “Critical Role” cast make for an extraordinarily entertaining experience. After all, each individual goes into the show unaware how the episode will end.”Bob’s Burgers” (2011- Present)

A true testament of the decade, “Bob’s Burgers” is an animated sitcom about the Belcher family and their burger restaurant. The odd yet quirky family gets into their fair share of shenanigans and have had 10 seasons of satire, puns and ridiculousness.

Nothing is off limits within the show, which will often have musical numbers and far out storylines like middle child Gene Belcher wearing a Bigfoot mask and ruining Bob’s cooking segment on a local TV station.

The wittiness and on-the-nose one liners make it amusing to watch and easy to fall in love with the Belcher family.

One Punch Man (Season One)

Genres evolve over time. For instance, Westerns featured classic stars such as John Wayne in “Stagecoach” in the 1930s, but shifted during the 1960s to include films like “The Good, The Bad and the Ugly” which offered a much grittier and bleaker look at the American Old West. Similarly, many shows like “Dragon Ball Z” focus on heroes reaching their full capability in order to fight stronger enemies, just for the thrill of it.

“One Punch Man” flips this concept on its head by featuring a protagonist who is already strong enough to beat any foe with one punch, playing the shift not only for laughs, but also to examine the traditional types of characters and situations often featured in action anime. “One Punch Man” focuses mainly on Saitama, a man who became a hero just for fun, who trained so hard that all his hair fell out and is unknown despite his three years of fighting monsters. Saitama ended up becoming so strong that fighting monsters no longer offered any sort of thrill, since the fight ultimately ended with one punch. One unforgettable fight in particular ends with the enemy calling Saitama “too strong.” Gorgeously animated by Japanese animation studio Madhouse, “One Punch Man” is brilliant, funny and an all around interesting watch. There is a second season out as well, but it doesn’t quite reach the height of the first season. For it’s bombastic action, witty comedy and clever examination of its own genre tropes, “One Punch Man” definitely deserves to be noted.