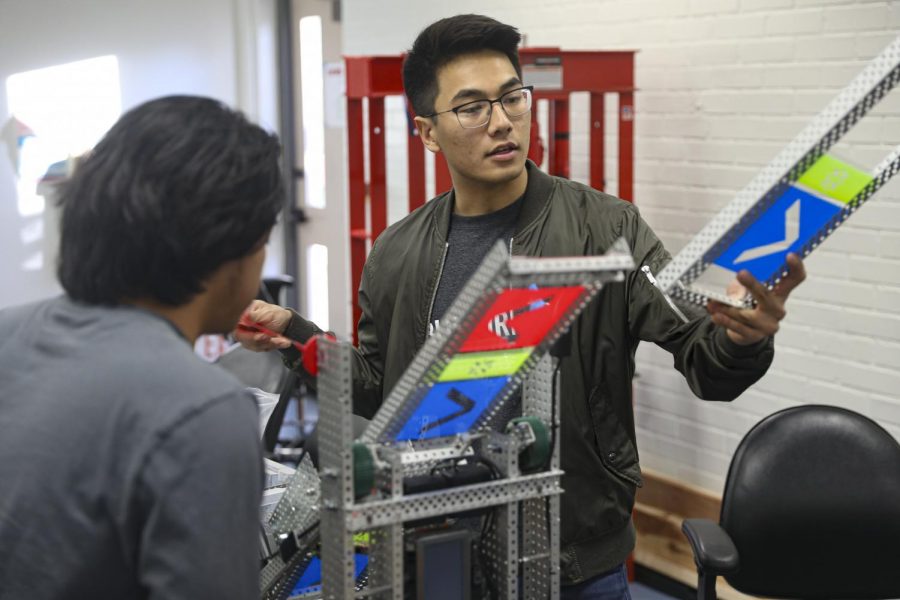 For the first time in three years, the Engineering Club at Moorpark College has qualified for the VEX Robotics World Championship. Vex Robotics is a national STEM competition that challenges teams of students with different engineering objectives. This year, the teams were tasked with creating a robot that could pick up cubes and place them into a goal zone.

Khoi Le, lead builder for the club, explained the process of building a robot from scratch.

“We faced a lot of issues in the beginning, many of us did not have the slightest clue as to how to actually build a robot that could work,” Le said. “But after intense research and seeing what other teams did that worked, we were able to build a functioning robot.”

By the end of spring semester, the Moorpark College Engineering Club will have competed against El Camino Community College, CSUN and USC in 5 competitions. Receiving the excellence award and taking second place at El Camino allowed the team to qualify for the world competition.

Scarlet Relle, advisor to the engineering club, voiced her excitement for the direction the club is headed.

“It makes me feel very proud, very happy, and very hopeful for the future of our engineering students and for the future of our engineering department,” Relle said. “It is also a testimony to the fact that it does not matter so much where you go to get an education, but it does matter how well you take advantage of the resources that are available to you.”

The VEX Robotics World Championship will be held in April in Louisville, Kentucky but earning a spot to compete was no easy task. Team members met in between classes whenever they could, routinely spent late nights on campus and dedicated time on Friday’s to create their robot.

“None of it I regretted and over the course of the grueling two months, my team members and I were able to build something that we were genuinely proud of,” Le said.

For a typical competition, the team wakes up at 6:40 a.m. to carpool to the venue. The team checks in and begins playing against other schools in the competition’s respective challenge. At the end of the day, the teams are presented with awards.

Bobby Lara, president of the engineering club, is relieved that the teams robot was well built.

“It was dope, a big weight off my shoulders because we put in so much time and effort to make worlds and build our robot. I am happy seeing the work pay off,” Lara expressed.

The Engineering Club will continue to compete as April approaches and meet regularly to ensure they are prepared to compete in Kentucky.