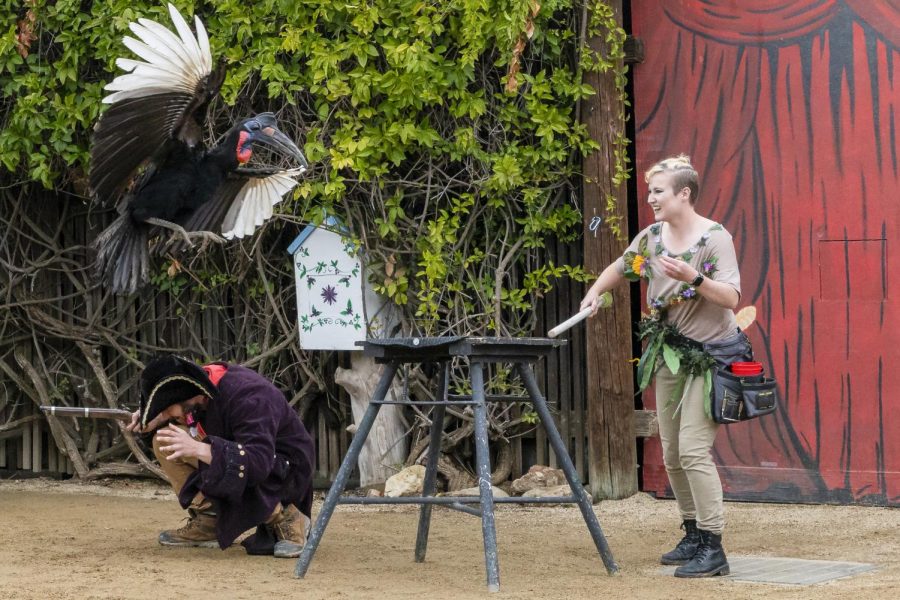 Due to the recent COVID-19 outbreak, the Ventura County Community College District canceled all events including the Exotic Animal and Training Management’s 30th annual Spring Spectacular. However, the zoo workers and classes came up with the idea to have a live stream of this event making it their first ever virtual Spring Spectacular.

The live stream was held on Sunday, March 15 at 12 p.m. and 2 p.m. and were streamed on the America’s Teaching Zoo Facebook account. 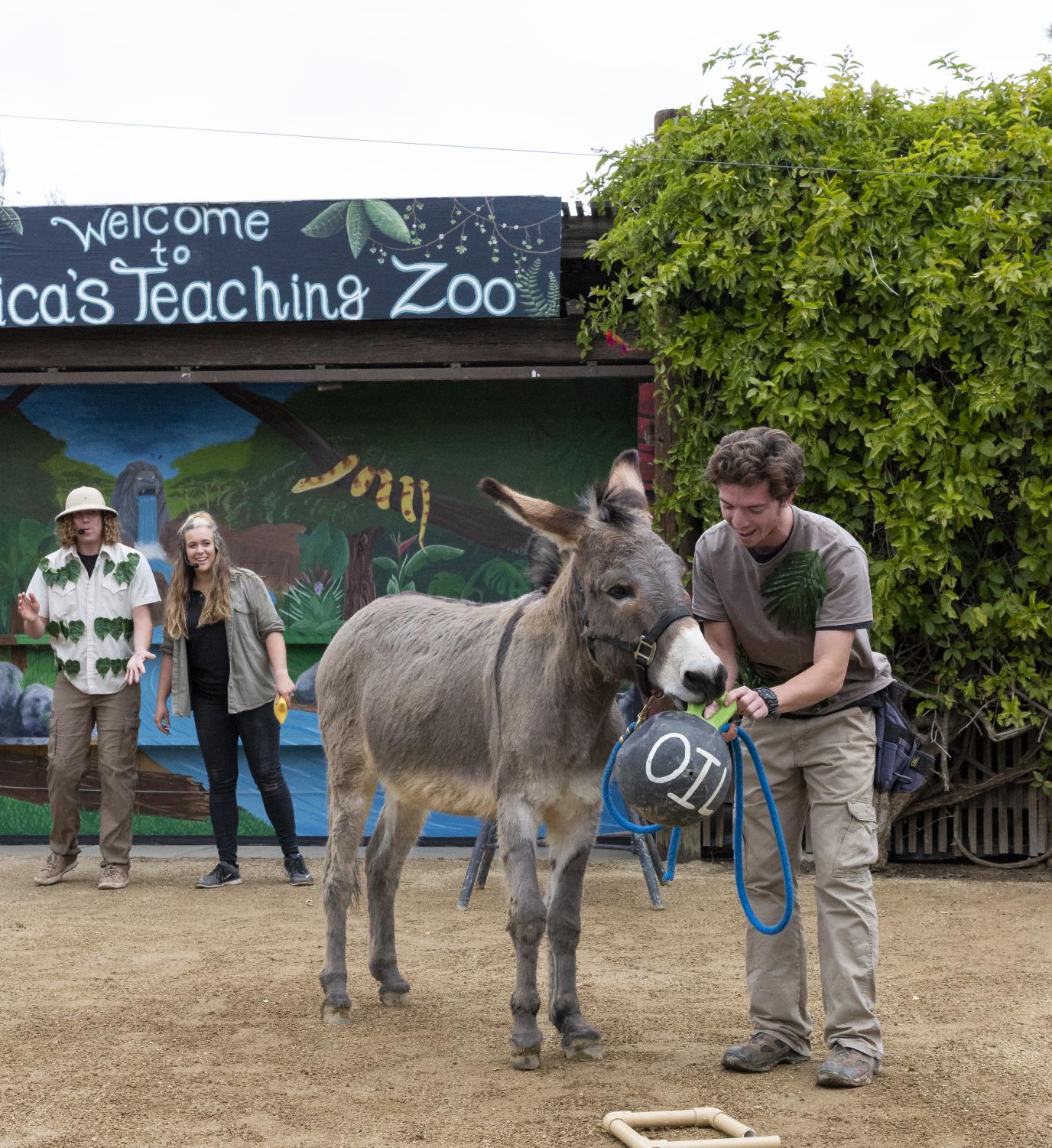 With the help of social media, America’s Teaching Zoo informed the public about this decision.

In the first message, Zoo Operations Instructional Lab Technician, Mara Rodriguez gave a preview of what was to come.

“We want to bring all of you, our alumni, supporters, and people from around the world, this very special opportunity to participate in watching us and enjoying the fruits of our student’s labor,” Rodriguez emphasized.

On Saturday, Rodriguez and the zoo’s PR team gave viewers a behind the scenes look at what goes into the show, interviewed student directors, producers and some of the animals were also able to make an appearance. These videos were posted on both their Instagram and Facebook.

The showcase “Zoomanji” featured trainers playing a game of “Zoomanji” where they worked together with various animals to help defeat pirates. The pirates symbolized polluted waters and skies, deforestation and the endangerment of many species.

The weather during the event called for some rain in the forecast, so following the first showcase Rodriguez said in a behind the scenes clip, “It started drizzling but nothing stops the action here at our Wildlife theater.”

Both showcases were viewed by notable locations including major universities, cities, states and even other countries. Universities included Humboldt State University, University of Utah and UC Davis. Some of the states included North Carolina, Florida, Arizona, Nevada, Hawaii, Texas and Indiana. Canada and Chile were also among the many locations watching the live stream event.

At the end of the first showcase Rodriguez expressed, “We are working with a small crowd here but we are reaching worldwide.” 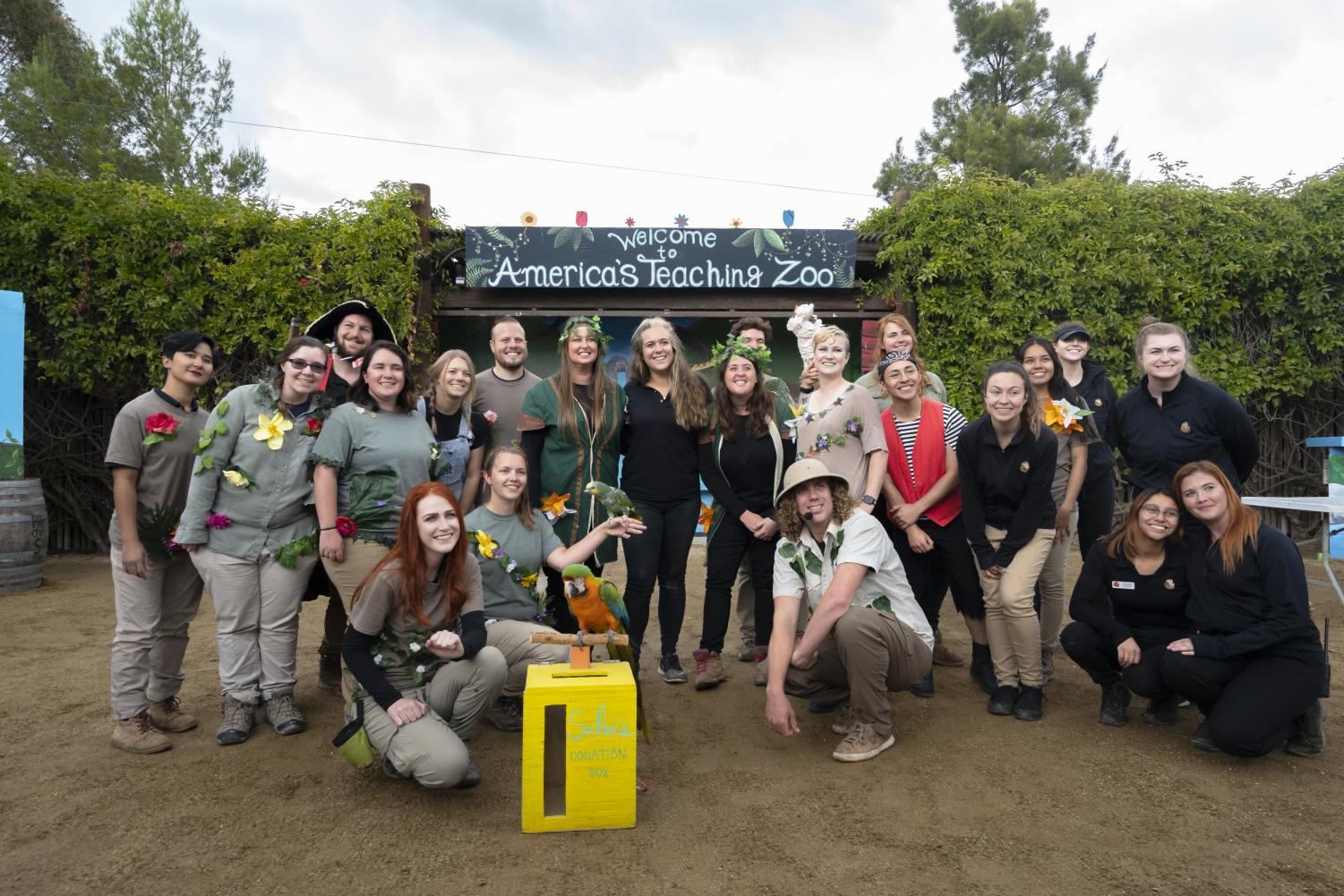 Staff A of EATMs Spring Spectacular pose together for a photo after the show on Sunday, March 15, at America's Teaching Zoo in Moorpark, Calif. Photo credit: Natalie Saraf

Lydia Dressel, a student director involved in the Spring Spectacular expressed her thoughts on the cancellations.

“It’s been a wild ride to trying to change everything last minute, these things happen, but you just have to roll with it, so we’re making the best out of every situation,” Dressel said during a video posted by America’s Teaching Zoo.

When reflecting on the cancellation due to COVID-19 concerns, Rodriguez shared this is the first time she has experienced anything like it.

“This has been quite an interesting year, we had to cancel and postpone our Rendezvous at the Zoo event 5 months ago due to wind and fire. Never before have we canceled events in my 30 years here,” Rodriguez said.

Students dedicated months of hard work to the show, and still looked for an opportunity to showcase their main event “Zoomanji.” The other creature character showcases, due to the guidelines from VCCCD, had to be canceled. 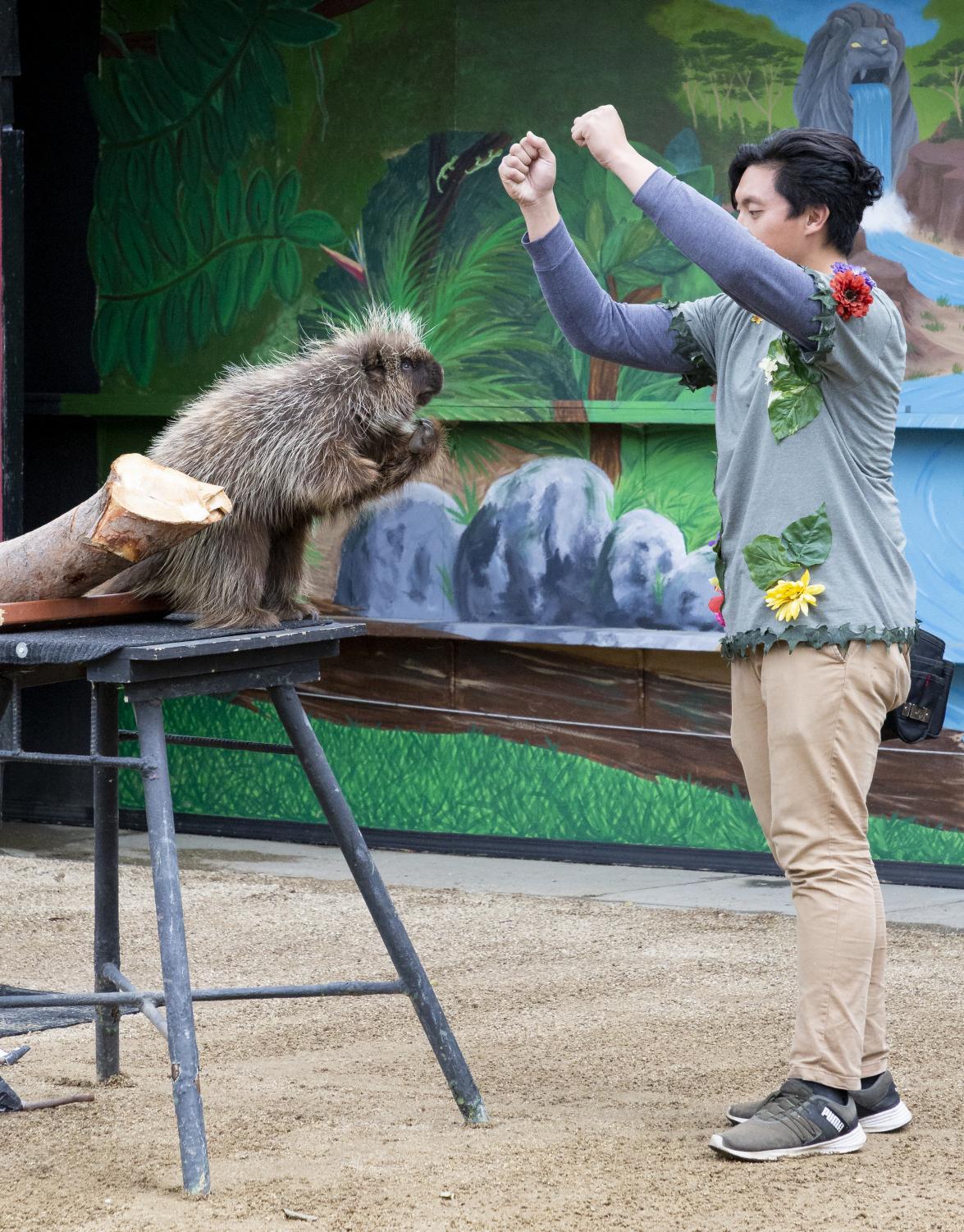 “We felt like it was a good way for us to give back as well because many community members look forward to our annual Spring Spectacular event and with the current conditions many people are choosing to stay in and stay healthy, this way they were still able to watch while staying in,” Jansen Young, a second year EATM student said.

America’s Teaching Zoo is closed as of March 16, to ensure the safety of the public until further notice.

To keep up with the latest news from the zoo and to watch the live streams and behind the scenes footage, visit their Facebook and Instagram.