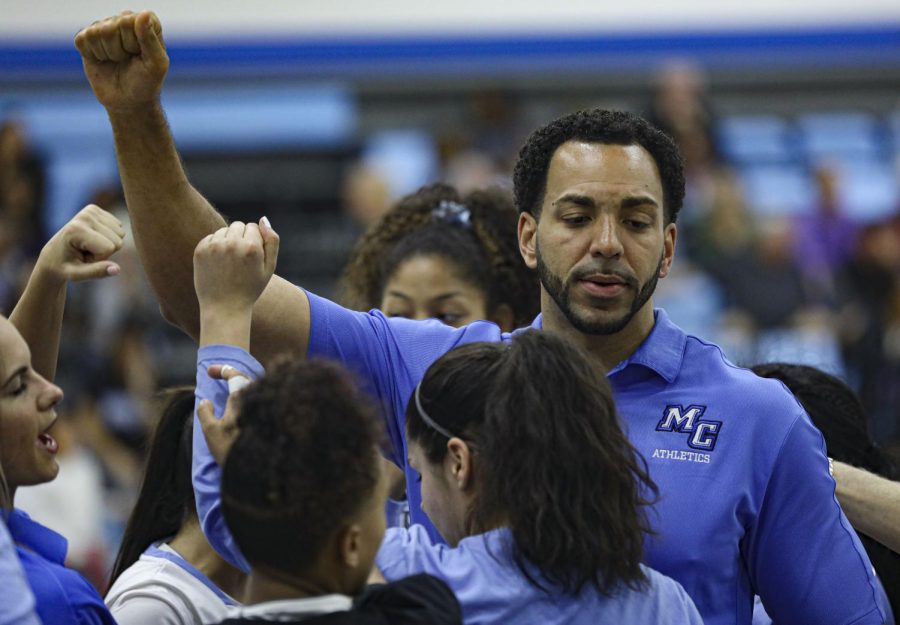 Moorpark Head Coach Kenny Plummer breaks the huddle at the start of the first playoff game against Riverside City College on Saturday, Feb. 29, at Moorpark College. Moorpark moves to round two of the playoffs after beating Riverside City 96-65. Photo credit: Ryan Bough

The incredible season by the Moorpark Raiders (27-1, 8-0) and their 19 game win streak came to a devastating end last week as the 2020 CCCAA Women’s Basketball State Tournament was canceled due to the COVID-19 pandemic.

The Moorpark Raiders had just opened up the playoffs with two straight 31 point victories and were heading back to the state tournament for the second straight year until the recent Coronavirus pandemic led cause for the tournament to be canceled in a tragic change of events.

This was heartbreaking for the fans, coaches, staff members and most obvious, the players. Star guard Jazzy Carrasco who reached 1000 career points with Moorpark this season had her sophomore season cut short due to the virus. Carrasco explained how it felt having her season end so abruptly.

“It’s heartbreaking, the feeling of having it taken from you and there’s nothing you can do about it. I understand why they canceled it, it just sucks,” Carrasco said. 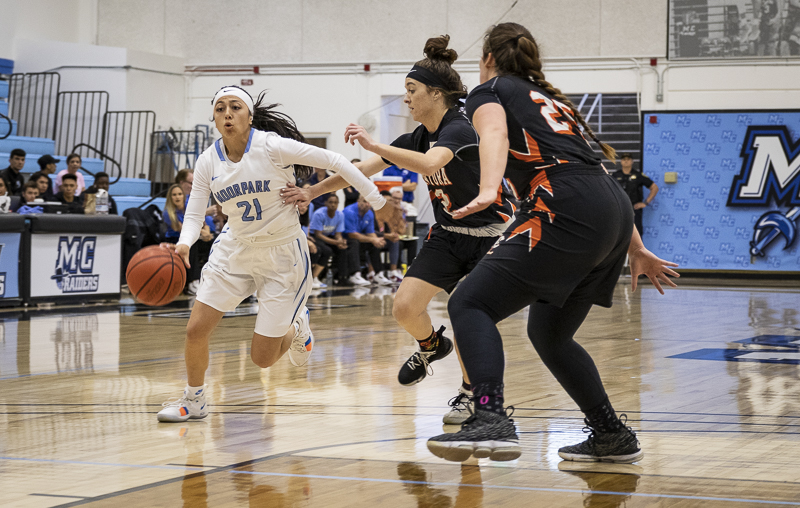 Originally, the tournament was planned to continue with essential personnel only such as team staff members, the family of players and anyone directly involved with the teams. However, the Coronavirus situation loomed, growing more serious with the cancellation of the NBA and the March Madness College Basketball Tournament. Ultimately leading the CCCAA Women’s State Tournament to be canceled as well.

The Raiders weren’t the only team affected, all eight teams who qualified for the tournament had their season end in disappointment as they will not have their run cut off by an opposing team, but instead, by a virus that has caused terror around the globe.

Sophomore star guard Bree Calhoun, two-time CA State Player of the Year, set a goal for herself to return to Moorpark to finish unfinished business after the Raiders lost in the championship game in her freshman season. Unable to fulfill that goal this year, Calhoun shared her thoughts on the situation.

“I came back for this. I wanted to capitalize on something we fell short of last year. It’s so hard when you work so hard for something just for it to be taken away with no say,” Calhoun explained. “I understand the circumstances, it just sucks and there is nothing we can do.” 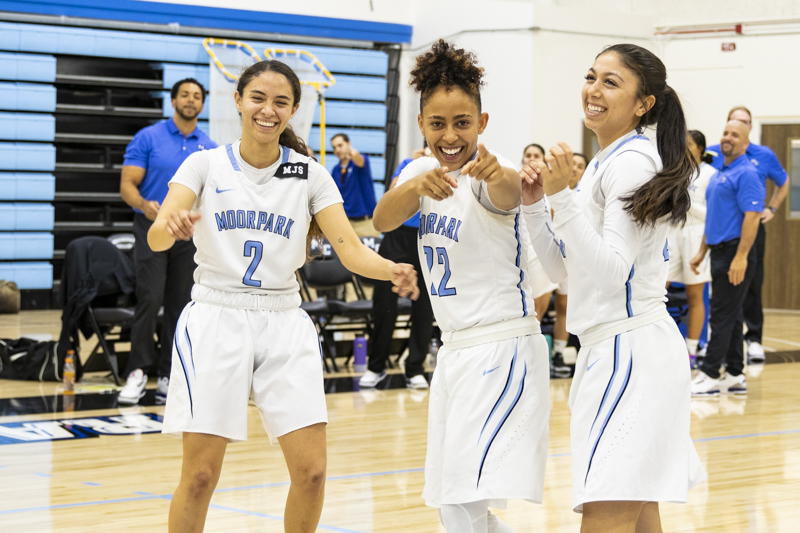 Moorpark's sophomores left to right, Isabel Ayala, Bree Calhoun and Jazzy Carrasco smile for the camera before their home game against Allan Hancock College on Wednesday, Jan. 22. All three will not be able to finish their final season at Moorpark. Photo credit: Evan Reinhardt

Head Coach Kenny Plummer spoke on the fact that his team will be unable to continue their season.

“It was very unfortunate to have the tournament canceled because I really felt we had as good of a chance as any of those other seven teams to win it all. As bad as we wanted the games to go on, we also understood the magnitude of what was going on globally and the importance of ensuring everyone’s safety in the fight against the Coronavirus,” Plummer said. “It really hit hard for our sophomores who would come to grips that they had played their last game at Moorpark College.”

Moorpark’s season is now over as they had only lost one game the entire season. The team went 27-1 overall going 8-0 in conference play to secure back-to-back conference championships.

The Raiders finished the season on a nineteen game win streak which does even not describe the dominance the team possessed as every game they seemed to win by a minumum of 20 to 30 points. 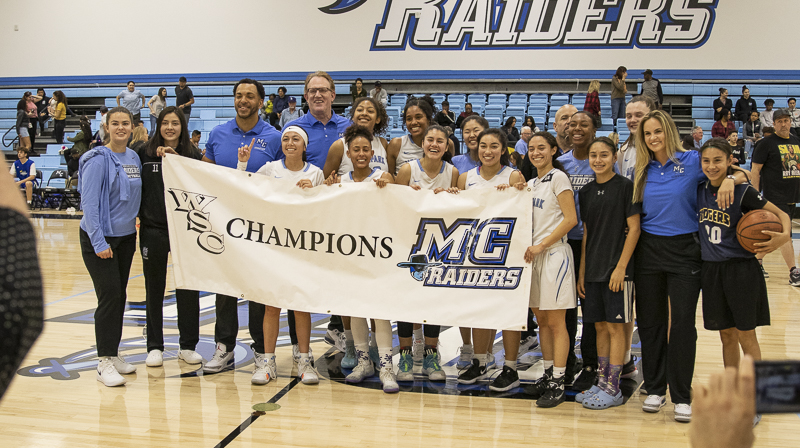 The Moorpark women's basketball team poses for a photo opportunity after winning the conference final against Ventura, on Saturday, Feb. 15. The Raiders defeated the Pirates 69-54 Photo credit: Evan Reinhardt

The players understood how special this team was and firmly believed that they were going to win the championship this season. Calhoun described her reasons for why this team was so special.

“We all had one goal and we’re all on the same page. This was probably the best women’s basketball team to hit Moorpark on and off the court,” Calhoun said. “We are all heartbroken, to say the least, especially knowing we were going to take it all and leave that mark on Moorpark. We all know we would’ve won and for that, we are forever state champions.”

Plummer expressed his gratitude and love for this team and the way they played the game.

“I am very proud of the season our team had this year. In only losing one game, going undefeated at home, undefeated in winning the WSC conference, and really coming together in attaining the state’s number one offense and number one defense at some point during the season. This was a very special and unselfish team,” Plummer expressed. “We enjoyed watching each other succeed on the court and as a coach, I became their biggest fan.”

The only thing able to stop the Moorpark Raiders this season was a global pandemic. Ultimately it was a historic season as the team achieved many goals and milestones. Both coaches and players have expressed immense pride over the season played.