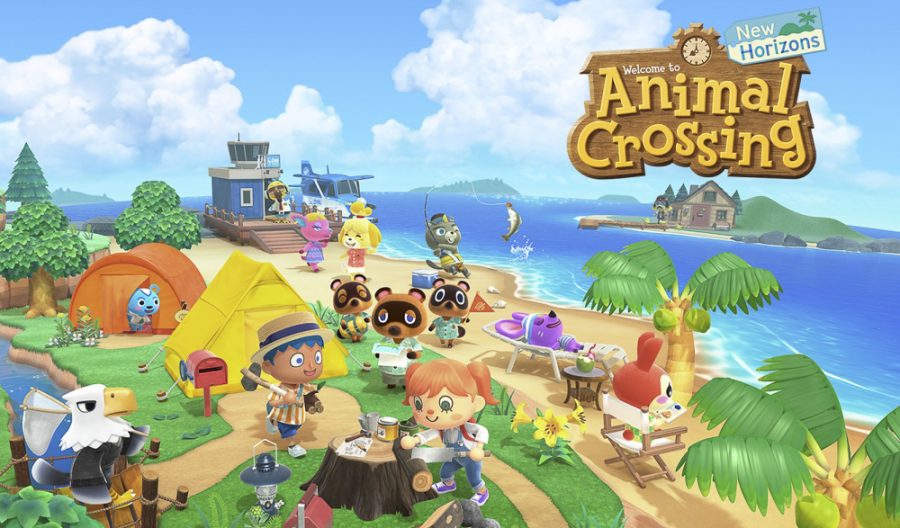 As the COVID-19 crisis continues on, quarantines across the globe remain in place. More people are stuck at home than ever as schools switch to virtual class meetings and businesses are forced to work from home or close their doors. People look for activities to fill the void now more than ever.

“Animal Crossing: New Horizons” provides a relaxing environment with its soothing music and gameplay, dropping players on an island and letting them customize it by adding features like fences, furniture, trees and more to give the island a theme.

Possible themes include a theme park, a neighborhood, or it can resemble a landmark that exists in real life. Giving the island a theme will definitely take a while, but it’s very satisfying to see it once it is completed.

The player lives on an island with other people and the player has to earn an in-game currency known as Bells in order to pay off their debt for traveling to the island and for the tent they start out living in. There’s no time limit to paying the debt and the player can also do other tasks before paying off the debt.

After paying off their debt, players can do more activities such as upgrading the tent into a home. The second form of currency in the game is Nook Miles, which can be earned by playing the game and doing daily activities such as fishing, catching bugs, crafting new recipes, or turning in anything that the player has caught to Tom Nook, the island founder.

Players may visit other islands with or without a Nintendo Online membership where they can gather different materials and recruit more villagers to their island. Admittedly, “Animal Crossings: New Horizons” is a fun game to kill time if you’re looking for something to do in an endless quarantine.

Listen to This! — Childish Gambino

Childish Gambino’s newest album “3.15.20,” was recently released in the middle of March with no announcement after not releasing an album for over three years. The album is full of diversity as each song has its own tone and sometimes crosses over into different genres, making this album stand out from Gambino’s previous albums.

The album has 12 songs, but all sound very unique as they cross through various genres. Songs can be heard drifting anywhere from R&B, pop and even rock.

Other songs also have different tones compared to one another, with songs like “Algorhythm” having a serious tone and an intense, catchy beat, while “35.31” has a very positive, and energetic tone to it.

“3.15.20” is over 57 minutes, with some songs over six minutes long and one particular song close to eight minutes long. There’s also a few songs featuring other artists like Ariana Grande and 21 Savage.

With how diverse the album is, in its music and creativity, there’s definitely a sound for everyone.

Watch This! — “Keep Your Hands Off Eizouken!”

The animation feels unique as the show has a simple look to it, but the setting transforms into a rough sketch in order to show the viewer that the characters are imagining the world that they’re in.

The characters have very simple designs, but this allows the main characters to be very expressive with face animations, or with gestures when speaking or reacting. This hooks the viewer into the show, and it works really well with the comedic setting.