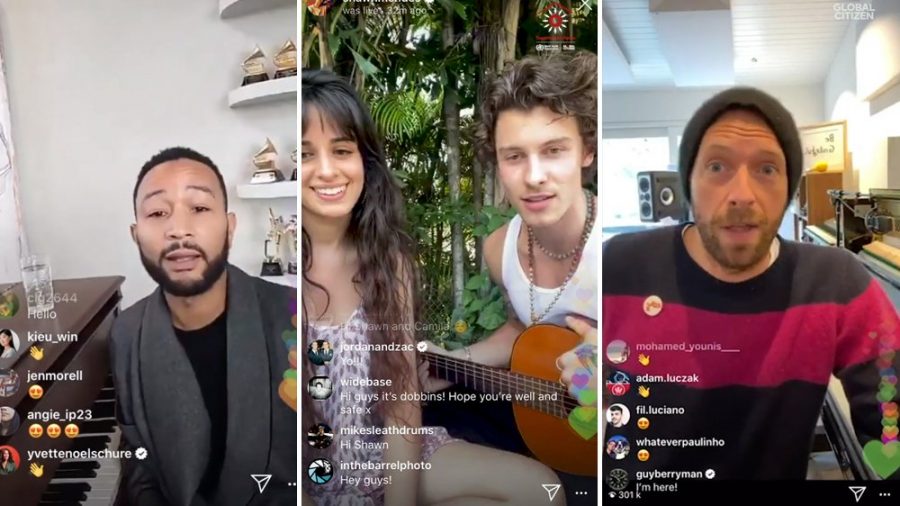 Image courtesy of Together At Home.

The changes in normalcy due to the COVID-19 pandemic have affected everyone in various ways. As the world practices social distancing, many forms of entertainment are out of the question, with the closure of music venues, movie theaters and more. Fortunately, music and film lovers have come together to bring the arts back to everyone while remaining safe at home.

The World Health Organization and Global Citizen announced the upcoming broadcast “One World: Together at Home” on April 18. Curated in collaboration with Lady Gaga, the digital special will be broadcast live on Saturday, April 18 and is set to include appearances and performances by Chris Martin, Billie Eilish, Elton John and many other musical powerhouses.

The stream will honor and celebrate those working on the front lines, featuring real stories and experiences by healthcare workers during these uncertain times. Dr. Tedros Adhanom Ghebreyesus, Director-General of WHO, spoke about the power of the event in relation to the pandemic in a press release.

“We may have to be apart physically for a while, but we can still come together virtually to enjoy great music,” Ghebreyesus said. “’The One World: Together at Home’ concert represents a powerful show of solidarity against a common threat.”

All donations and support from corporate partners will go to the COVID-19 Solidarity Response Fund for WHO, to help support and provide vital equipment for frontline workers around the world, as well as local charities providing basic necessities to those in need.

Though movie theaters across the globe are shut down for the time being, theatergoers can still enjoy movies from the safety of their homes. The film distribution company Focus Features is now introducing Focus Movie Mondays, live streaming a movie on their Facebook page for free every Monday in April. The remaining films include “Moonrise Kingdom,” “Mallrats” and “My Summer of Love.”

According to Focus Features, the program originated as Focus Fridays in 2017, where classic Focus films were live streamed during the summer in celebration of the studio’s 15th anniversary. The new Focus Mondays is intended to bring people together through film.

The live-streams will include Q&A’s and watch parties in which viewers can interact with the studio, filmmakers and writers in a chat. Each new livestream will include a link to donate to the Entertainment Industry Foundation’s COVID-19 Response Fund, which addresses ongoing challenges and provides relief to entertainment workers most vulnerable to the effects of the crisis.

Museums are currently closed to the public as well. This includes the Grammy Museum in Los Angeles. The Grammy Museum has cancelled all public programs, on-site education programs and guided tours, but it doesn’t stop there for the popular tourist attraction.

Under the slogan “Doors closed, mission open,” the Grammy Museum has introduced “Exhibits at Home” which features never-before-released free digital content from the museum’s archives. According to the Grammy Museum site, the museum’s public programs digital series features intimate sit-down interviews with artists and musicians in its 200-seat Clive Davis Theater.

The museum will continue its dedication to music education through mini-lessons by various industry names.

Grammy Museum President Michael Sticka spoke about his hopes for the “Museum at Home” to bring solace and inspiration to the public.

“At the Grammy Museum, we believe that music has the power to bring us together, strengthen our sense of community and drive us forward – especially in times when it feels like we are being pulled apart,” Sticka said. “We believe at its core, everything that we do is to better our community through music.”

Those interested in the “One World: Together at Home” concert, more information can be found on the Global Citizen website, while the Grammy Museum’s digital archives are available here. Finally, Focus Feature’s movie Monday’s are live-streamed each Monday on the studio’s Facebook page and the film schedule is available here.