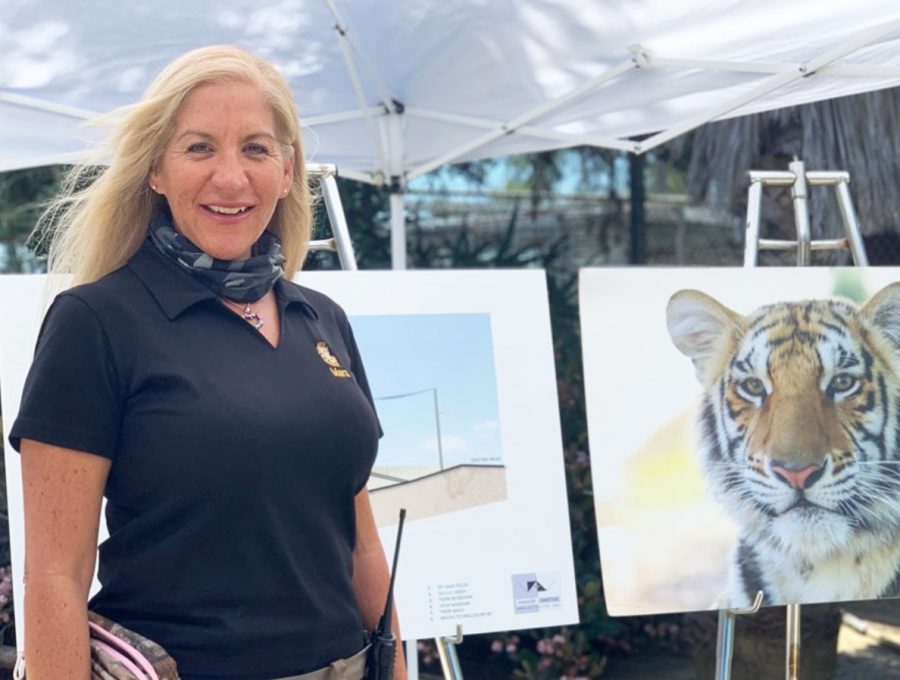 As a child, animals had not been Mara Rodriguez’s main focus. It wasn’t until Rodriguez’s junior year of high school when she found an injured baby pigeon and nursed it back to health that she realized this would be her life’s calling.

“It was at that point and that experience that I had realized something really clicked in me, during that whole process, that I felt like I found something I was naturally good at,” Rodriguez said.

As an alumni of the Exotic Animal Training and Management Program in 1992, Rodriguez began her first job as a counselor for the Junior Safari Summer Camp at America’s Teaching Zoo that year.

Rodriguez was an integral part in building the now popular program that occurs every summer. Rodriguez helped with creating activities, animal experiences and games.

Rodriguez’s parents, who were teachers themselves and taught by example.

Jansen Young, a second year EATM student, reflected on her experience with Rodriguez.

“She just has a positive energy that is so inviting, like someone you really want to be friends with. She is an incredible mentor with so much knowledge and experience that I was always learning when we spoke,” Young said.

Rodriguez emphasizes to all of her students that everyone makes mistakes, including herself, but that it is important to get up, brush it off and try again. According to Rodriguez, being able to laugh at one’s mistakes is important as well.

However, when it comes to training the big cats such as the tigers and lions, which Rodriguez is trained in doing, this is not the case.

“I think the skills necessary to be a big cat trainer is to take the animal seriously,” Rodriguez emphasized.

Working with the big cats is not something to be taken lightly. Rodriguez has found that having a calm and confident air goes a long way.

“All the tigers and lions that I’ve raised, I’ve never been afraid of them, but I’ve always been aware of the potential danger involved in with working with them,” Rodriguez said.

With the recent surge in people watching “Tiger King” a Netflix documentary series, viewers have found themselves curious about animal rehabilitation and conservation.

Many of the animals at the America’s Teaching Zoo, especially the tigers, have come from similar stories of the ones documented in the series, either being illegally bred or traded across state lines for people to own as pets.

One of the tigers, Neil, whom America’s Teaching Zoo has had for three years, was bred and transported across state lines illegally. The tiger was then confiscated by the California Department of Fish and Wildlife from a home in the Hollywood Hills.

Rodriguez has had experience in rehabilitating tigers like Neil, physically and psychologically, back from being kept in environments where they didn’t belong.

Often at the Zoo attendees are curious as to why the tigers and other animals cannot be released back into the wild, and Rodriguez stresses the importance of wildlife education. Reading up on the animal’s natural background often brings up facts such as tigers in their natural habitat are often poached and they can die of starvation and infection among other things.

Due to the recent outbreak of COVID-19, dramatic changes have taken place at America’s Teaching Zoo. Only half of the student staff is allowed at the zoo at a time, all classes have been moved online and events such as the Spring Spectacular were live streamed for the first time.

Michlyn Hines, Zoo Operations Supervisor, said because of Rodriguez’s positive outlook on life, she was able to think outside of the box to make the event happen.

“With this COVID-19 change, it happened right before our opening for Spring Spectacular weekend and she was able to still find a way to make it special for the students,” Hines said.

The Spring Spectacular went virtual, giving the students the opportunity to still show off their hard work, only on an online platform. Many alumni and supporters from around the world tuned in to the live stream on Facebook.

Without the usual tours and interactions with other Moorpark College students and staff, Rodriguez reminds the student staff members that this unique position they are in will teach them many valuable lessons.

“We are making it work and I am really proud of my coworkers and all of our students for putting the animals first, as we always do here, and really making the most out of the situation so the animals hardly notice anything is different,” Rodriguez said.