‘Its right on our doorstep’: Ventura County faces largest COVID-19 surge yet as first batch of vaccinations are delivered 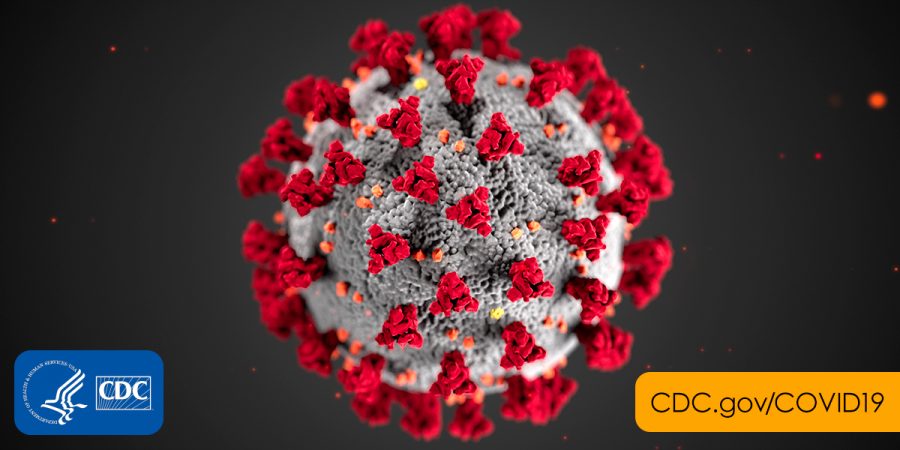 Image Provided by the CDC

Ventura County has seen a new surge in COVID-19 cases across the county over the weekend. In just three days there has been an increase of 2,651 cases reported.

“These are troubling times from a hospital’s perspective. If a hospital was a car, it would be rattling right now. The numbers are getting to be astronomical,” said Levin. “People are going to die, who don’t need to die.”

Three weeks ago the Monday number, which is the number from Friday to Sunday, was just 339.

Levin stated that Ventura County is on a surge that makes the previous surges look small in comparison. According to Levin, one out of every ten COVID-19 tests come back positive.

As of Dec. 14, 204 COVID-19 cases are hospitalized and 49 are in the ICU. This leaves the county with just 1.4% ICU capacity left. Levin noted that the 1.4% could be as little as one more patient to completely fill up the ICU beds in the county.

Levin then moved to speak about the nationwide death count. It was reported that over 300,000 Americans have died from the COVID-19 virus.

“There were 58,300 American soldiers that died in Vietnam. We’ve seen five times as many people die from COVID as we lost soldiers in Vietnam.” said Levin who also drew comparisons to World War 2. “There were 407,000 American soldiers that died in all of World War 2 over a period of about four years. We are losing Americans to COVID-19 at 3 and a half times that rate right now in the United States.”

There is a light at the end of the tunnel as the Pfizer COVID-19 vaccine has been shipped across the United States. The first batch of vaccines arrived in California on Sunday night, an estimated 33,000 doses, that will go to front-line workers and health care workers.

California Governor Gavin Newsom spoke about the new vaccination but was still mindful of the current surge that California is seeing in COVID-19 cases.

California has reported over 1.6 million COVID cases since the start of the pandemic. According to Levin, the COVID-19 vaccination will be arriving in Ventura County on Tuesday, Dec. 15. The vaccination will be distributed to hospitals throughout the week.

“We have limited resources to test individuals and we want to target those most at risk and those who are displaying symptoms of the virus,” stated Zimmerman. “Because of the high demand we have had some consequences with our testing that have limited our ability to operate fully.”

Five weeks ago there were 7,000 tests a week. In the last four weeks, there have been over 20,000 tests a week. Demand for testing has increased dramatically, not just in Ventura County, but the nation as a whole. Zimmerman mentioned that the supply chain has been affected from COVID-19 testing supplies.

“We are not isolated from the demands of the supply chain cycle and the demands on the laboratories that occurred due to the surge, so we have felt those impacts of that,” said Zimmerman.

On Dec. 14, both the Moorpark and Oxnard College testing site had to close due to lack of supplies. To see the status of testing sites Zimmerman recommends residents visit the Ventura County recovers website under the testing location tab.