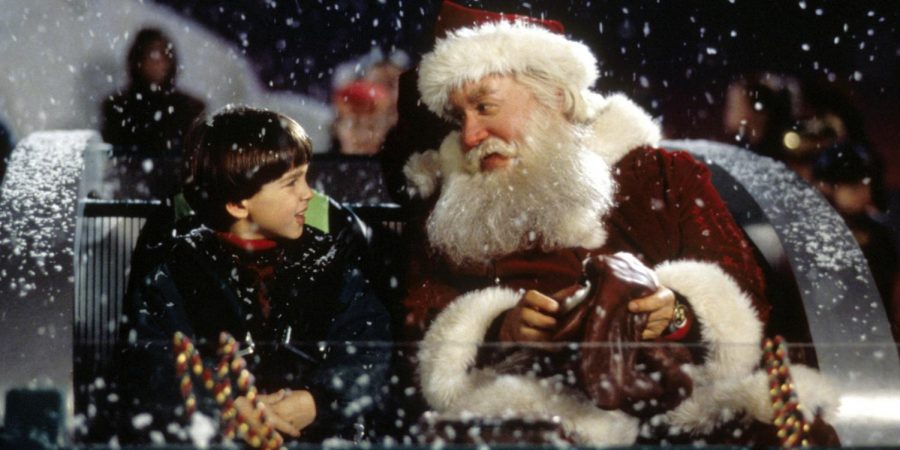 “How The Grinch Stole Christmas” is based around the mean Grinch, played by Jim Carrey, who decides to ruin Christmas for the cheery Whos down in Whoville. On the night before Christmas, Mr. Grinch comes down from his mountain top to steal all the presents, Christmas trees and holiday decorations down in Whoville. Throughout the film, The Grinch encounters a sweet and enduring little girl, Cindy Lou Who, that later changes his plan to destroy the holiday that all the Whos enjoy.

The film contains unimaginable makeup effects, such as The Grinch’s facial makeup and the iconic noses of the Whos in Whoville. The film also portrays fantastic visual effects such as the town of Whoville, which displays whimsical and different shaped homes along with the mountain top where the Grinch lives.

“How The Grinch Stole Christmas” is an excellent film to watch during the holiday season and will definitely get you into the holiday spirit.
Watch This! – Elf (Jon Favreau, 2003)

Like many other classic movies, “Elf” is a holiday film that’s a must-watch each holiday season. The combination of comedy, fantasy and family-friendly make the movie fill the room with laughter, but also leave you feeling festive, enthusiastic and full of Christmas spirit.

“Elf” follows the story of the character Buddy, played by Will Ferrell, who was unintentionally transported to the North Pole when he was just a toddler. From there he grew up in the North Pole and was raised until adulthood by Santa’s elves.

Buddy begins his journey through the North Pole and travels through forests and cities to search for his birth father, but soon after Buddy does indeed meet his birth father. Throughout the movie, he has fallen in love and is spreading Christmas cheer to those who do not believe in the spirit of Christmas all while he is trying to get to know his father.

“Elf” is a great film to watch with the family, will leave you in laughs and feeling more excited for Christmas.
Watch This! – The Santa Clause (John Pasquin, 1994)

Directed by John Pasquin, “The Santa Clause” is an excellent film to watch during the holiday season. It brings excitement, holiday cheer and many waves of laughter.

“The Santa Clause” is based on the character Scott Calvin played by Tim Allen, who spends Christmas Eve with his son Charlie. Although after that night, his life changes forever.

After awakening from the noise on his roof, Calvin runs outside to see ‘Santa’ on top of his roof, but Santa soon falls down. Calvin grabs the red suit and becomes the next Santa. After a whole year without understanding the effects of putting the suit on, Christmas day comes quicker than he thinks and he ultimately travels across the world to deliver presents.

The film not only provides highly equipped props, but it teaches a lesson that “Seeing isn’t Believing; Believing is Seeing.”