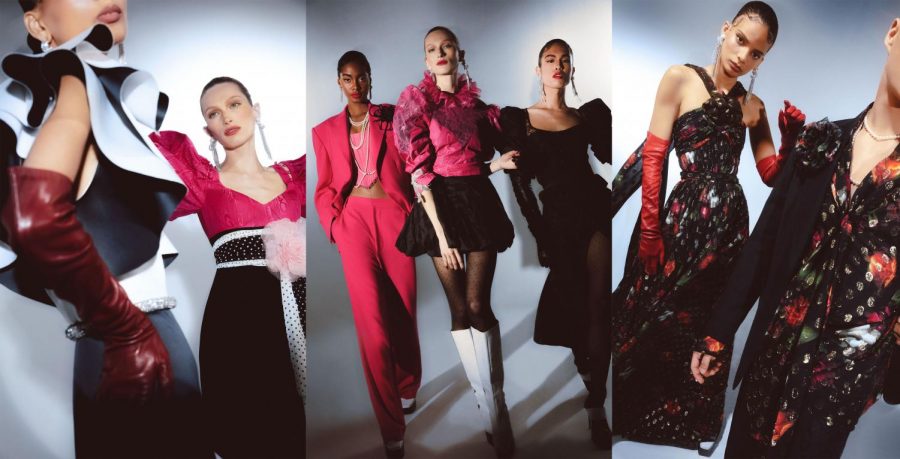 New York Fashion Week hosted their second virtual fashion week in mid-February where the participating designers debuted their fall/winter 2021 collections through live streamed runway shows. The majority of the designers participating held their shows within the Fashion Week proper, but many other designers will be debuting their designs through the beginning of April.

Five designers who were highlighted during fashion week were Jason Wu, Radarte, Prabal Gurung, LaQuan Smith and AARMY. These five designers thought out of the box as they featured their limited-edition pieces.

According to Vogue Reporter Rachel Besser, “As just one example, take Jason Wu, Radarte, Prabal Gurung, LaQuan Smith, and AARMY—all of which have designed limited-edition pieces in a new shopping-focused initiative called NYFW: The Drops, launched in collaboration with IMG.”

AARMY was the first to release their exclusive hoodie and bomber jacket. Wu released the Coca-Cola collaboration hoodie and Radarte released the Virgil Normal lounge-wear collaboration. The week ended with the release of Gurung and Smith’s limited-edition graphic t-shirts.

Designer Gurung shared with Vogue, “This period in time has allowed designers the space to show their collections in whichever ways they feel best conveys the creative message. There is such beauty in that freedom.”

Due to COVID-19 not allowing traditional in-person runway shows, designers were able to showcase their creations freely. Designers were able to mix the traditional runway with fashion films and other unique presentations that help to conduct their creativity. The restrictions against in-person shows also allowed for anyone to view the live-streams.

InStyle magazine Evening News Editor Christopher Luu explained, “This means that Fashion Week, once an exclusive insider-only event, continues to open up to the masses, giving anyone with a screen the opportunity to check out what’s coming in the seasons ahead by streaming the shows at www.NYFW.com.”

As the general public is allowed easier access to Fashion Week shows, Fashion Week is no longer limited to big fashion cities such as New York, Paris or Milan. The Council of Fashion Designers of America (CFDA) organization altered the official New York Fashion Week schedule to be entitled “American Collections Calendar.”

CNN Style article, “New York Fashion Week is back for another season of shows–but things have changed,” stated that the CFDA chairman Tom Ford announced the “American Collections Calendar,” confirming something bigger than an administrative update.

The CNN Style article written by Fiona Sinclair Scott claimed, “New York Fashion Week was once the main stage for American designers, but this notion has been unbuckling for years as a number of designers have chosen to show elsewhere or outside of the official calendar dates.”

Designers are straying away from showing strictly in New York as they move their shows to new cities within new dates as a part of new marketing strategies. New York Fashion Week is not over, but rather American fashion is going more global.