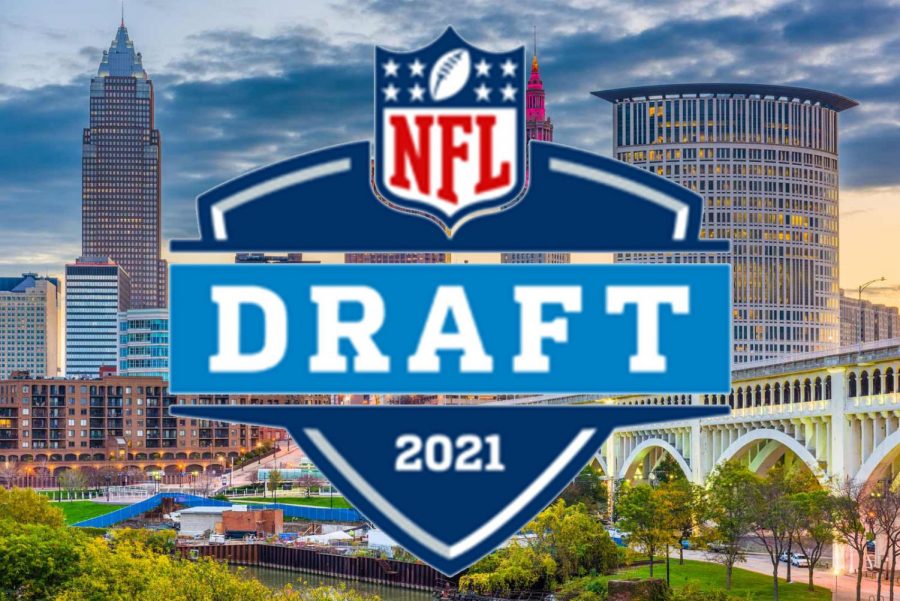 The 2021 NFL Draft, starting on April 29 at 8 p.m. ET., is an event where dreams come true for many prospects. It gives franchisees the opportunity to build their roster and improve off of the previous season.

There are seven rounds with over 250 players selected. It is a three-day process for the league to announce every draft pick. The first day of the NFL draft covers the top 32 selections.

Here is the Moorpark Reporter’s mock draft for the top half of the first round.

The Jaguars will make the most predictable pick in the draft by selecting the superstar play-caller. Lawrence will be in for a difficult task to bring Jacksonville back into relevancy but will change the trend of quarterback mediocrity for the franchise.

Zach Wilson brings superior athleticism with some of the best arm talent the draft has seen in years. Wilson plays with star-like confidence that will draw lots of attention and fill the seats of MetLife for years to come.

The 49ers boldly let the league know that they are looking to take a top quarterback by trading up. Fields makes the most sense here at this spot because of his overall game. The speedy dual-threat quarterback brings in a new style of offense for Kyle Shanahan.

In this scenario, the Broncos trade the ninth pick and the 40th pick in this draft to move up to the fourth selection. With this pick, the Broncos will select Trey Lance to be their quarterback of the future as the Drew Lock days appear to be a thing of the past. Lance has shown great leadership and will be the future face of the Broncos.

This is a no-brainer for the Bengals if Sewell is still on the board. Joe Burrow desperately needs more protection from the offensive line. Sewell is the top-rated offensive lineman in the draft and would be a great start in shoring up their biggest weakness.

The Dolphins may draft arguably the best wide receiver prospect in the draft. Chase sat the 2020 season out due to COVID-19 but was nothing short of amazing in his last full season. Chase will give Tua Tagovailoa a great pass-catching option for years to come and take the Dolphins offense to a new level.

The Lions let their two best wide receivers walk elsewhere in free agency. Waddle is a dynamic receiver with stellar elusiveness. While his fellow Alabama receiver won the Heisman Trophy, Waddle showed he has the higher NFL ceiling through his play.

The Carolina Panthers will take Pitts with the eighth pick and get one of the best tight end prospects of all time. Pitts is the ultimate matchup nightmare as he is way too quick and fast for linebackers and too strong and big for safeties. Adding Pitts to the Panthers offense arguably makes them one of the top-tier offensive threats in the league with the new addition of quarterback Sam Darnold.

The Falcons will trade down with the Broncos and choose not to take a first-round quarterback this year. They’ll get Matt Ryan some help in the present and begin filling the holes on the offensive line for his future successor. Slater gives Atlanta flexibility going forward with his ability to play multiple positions on the O-line.

The Cowboys had one of the league’s worst pass defenses last season and it will be a major need for them in the draft. The Cowboys will look for a shutdown corner that can lock down opponents’ number one wide receiver threats. Surtain is the son of former star cornerback Patrick Surtain Sr. and has all the tools to make an immediate impact in the NFL right away.

Belichick will continue his aggressive offseason by trading up for their franchise quarterback. The Patriots trade their top two draft picks this year for the 11th and 76th picks from the Giants. Jones is an intelligent pocket passer who would be a great fit for the New England offense.

In the past few years the Eagles have missed on great wide receiver prospects in D.K. Metcalf and Justin Jefferson. Drafting Devonta Smith will give the Eagles a top-tier receiver who will come in and make plays no matter who is throwing him the ball. Smith has great hands and is a superb route runner, who won the Heisman and national championship last season.

The Chargers will add some necessary pass protection for Justin Herbert and Vera-Tucker will stay in California to play for a rising team. He has the fundamentals to be a starter right away for Los Angeles.

The Vikings may select Christian Darrisaw to fulfill a major need and protect Kirk Cousins. This past offseason the Vikings cut Riley Reiff, so selecting Darrisaw is a move that would throw him right into the fire.

The Giants will trade back with the Patriots to take the best player available. Linebacker is a position of need for New York and Parsons gives them a tremendous boost. He has first-class athleticism and could be one of the steals in the draft.

The Cardinals will add Jaycee Horn from South Carolina to replace future Hall of Famer Patrick Peterson who left for the Vikings. Horn is the son of former NFL receiver Joe Horn and has all the traits to become a great lockdown corner at the next level.