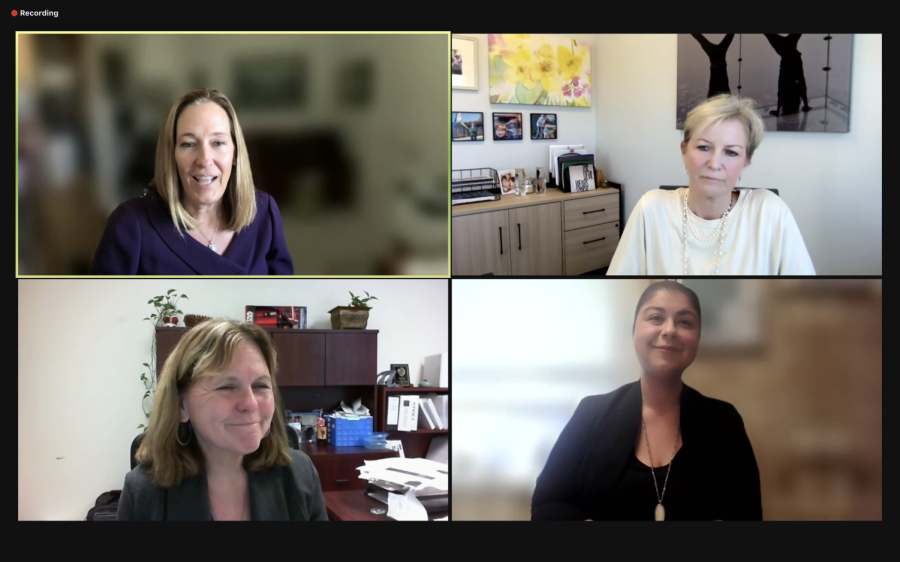 Before introducing the panel, Rees stressed the importance of getting more women in positions of power.

“I was in a group that got more women involved in elected positions,” said Rees. “While involved in this group, there was an understanding that women don’t run for elected office unless they’re asked or told they would be a good candidate for that position. So, I want to encourage women to go for these elected official roles and want to thank the people that have already put themselves out there.”

Once the panel was introduced, Rees began the interview by asking the elected officials about their stories. Each member of the panel spoke on their upbringing, their start in politics and their motivations to run for office. Rees then shifted the conversation by asking each panelist about their childhood mentors.

Torres expressed how important it is to have strong mentors in one’s life. She shared how early on in her career, her mentor guided her and gave her the confidence she needed.

When Torres first met with her mentor, she was intimidated by the number of men in the room with them. However, seeing how her mentor carried herself amongst the intimidating crowd left a lasting impression on Torres.

“As women, we tend to take a step back and don’t say much,” Torres said. “But seeing the way [my mentor] conducted herself so assertively, that was very impactful to me.”

McKay echoed Torres’s remarks by conveying the importance of looking towards the future as mentors to an admirable upcoming generation.

“I’m really pleased with what I see in the next generation, and I’m hopeful to be a mentor to others, as others were such great mentors to me,” McKay added.

Rees then turned the conversation to other lines of inquiry such as when the elected officials realized they were role models for young women or how their visions advance women’s rights and opportunities. In their responses, the panelists underlined the need for women to continue using tenaciousness, resilience and persistence to make positive change.

At the end of the webinar, Rees asked the panel if they had a message for the youth, particularly Moorpark College students.

Irwin commented on how important it is for the youth to surround themselves with a supportive group and not let the fear of failure create a lifetime of regret.

“You want to look for what you want your future to be and don’t want anybody to roadblock along the way,” said Irwin. “All of you are our future and we want to be there for you.”

Women’s Herstory Month is an ongoing commemoration. More information on the month-long event and recordings of past related webinars can be found here.