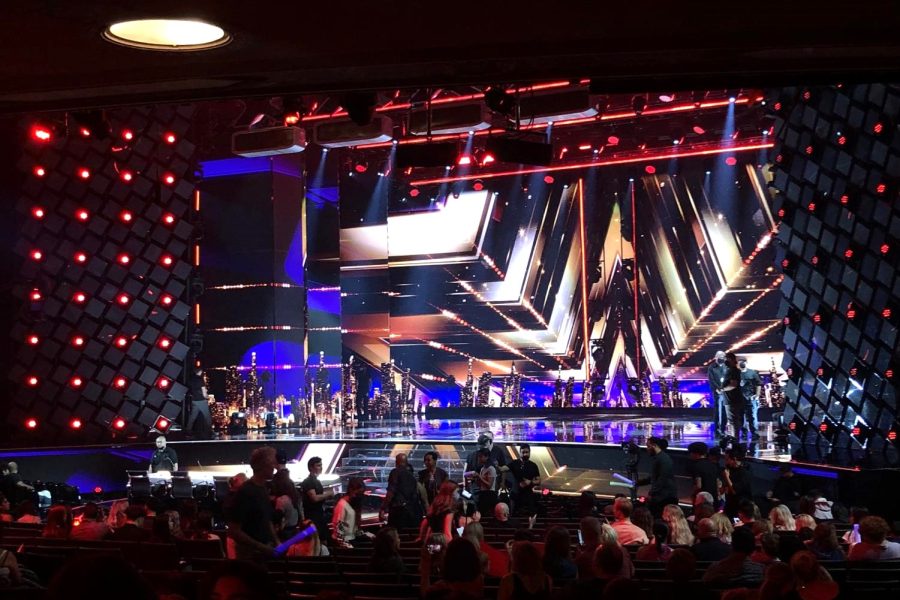 This fall, Moorpark College’s Film, Television and Media Arts Department is encouraging students to participate as studio audience members at live television shows such as “America’s Got Talent.”

Coordinated with On Camera Audiences, this opportunity allows designated FTMA students to visit production sets including AGT at the Pasadena Civic Auditorium. This experience provides a way for novice filmmakers to become organically immersed in the industry.

Moorpark College FTMA Associate Professor Nicole Block promotes this program to her Introduction to Mass Communications students. With almost 20 years of industry experience, she believes this opportunity complements the demand for live audiences in TV production.

“Television shows need the live laughter, applause and energy, and it’s a great fundraiser opportunity for student groups like Film Club,“ Block said. “Organizations like On Camera Audiences pay large groups to attend to ensure that they have enough people in the audience.”

Block also considers this live atmosphere an exclusive learning environment for all film students in attendance.

“The educational opportunities are endless for FTMA students; they see the camera crew, audio crew, lighting crew, stage manager, production design team, warm-up person and director all in action,” Block said. “They witness how long it takes to get a minimal amount of footage.”

On Tuesday, Aug. 23, FTMA student Sophia Jester attended the semi-finals of AGT. As a second-year broadcasting student, she continues to cherish her interactions with production assistants and crew members on set.

“Talking with PA’s, who are my age and already in the workplace, was inspiring, especially because I know this will be my starting job in the industry,” Jester explained.

As a new member of the Introduction to Television Studio class, Jester believes this event gave her a strong foundation for her semester and gave her the reassurance she needed to succeed.

“I was getting a little nervous about my broadcasting class, but after going to the live show, it gave me more confidence that I can do this as a career,” Jester replied.

With the unedited, fast-paced filming style still retaining popularity in Hollywood, industry professionals believe it is best for film students to become familiarized with live filming techniques now, rather than later.

“Going to live shows lets you have an insight on how many people are actually involved in putting together the show,” Green said. “During the commercial breaks, you can see all the departments scramble to get the next act on stage and ready for their performances.”

Along with Block, Green encourages students to use these live tapings to naturally observe different career paths in their hectic environment, including professions not generally discussed in an educational setting.

“There are so many moving parts, and you get to see them all in action, especially when you get to experience the small amount of time you have before the show goes live again,” Block said.

The opportunity for FTMA students to attend live tapings will extend until the end of the semester. After AGT’s season ends on Sep. 14, students can still visit other live productions offered through On Camera Audiences.

For more information on how to get involved in the FTMA program and Film Club on campus, click here.